The Ladder of Healthcare Strategies 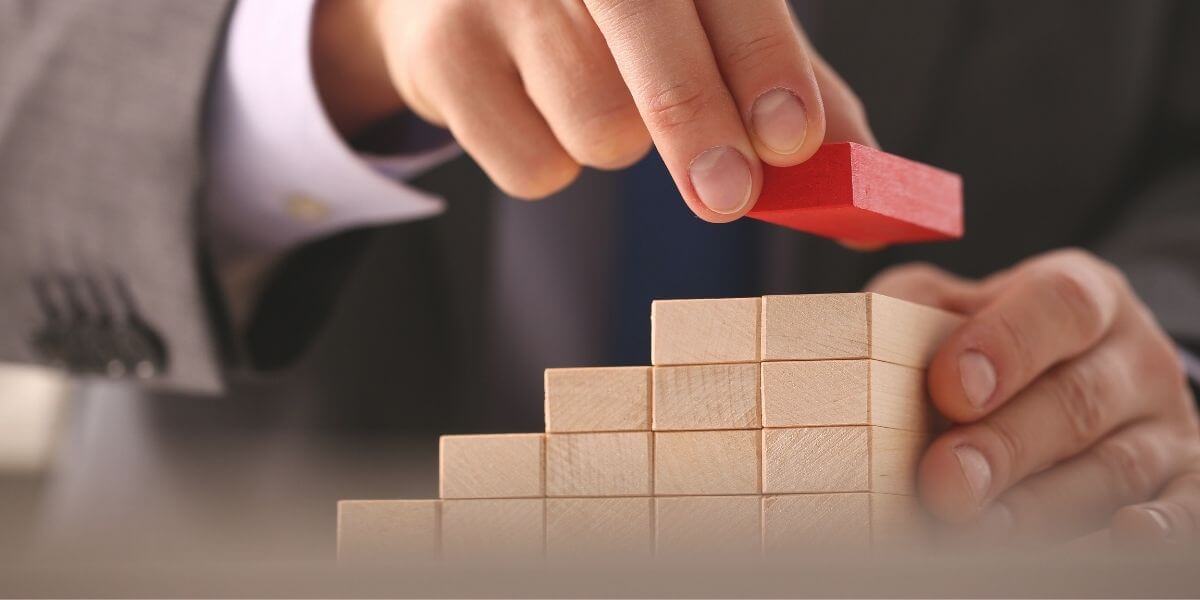 If you’re a Business Owner, CFO, or HR Professional that views your employees as assets and investments…

Get Your FREE Cost Analysis

Do you know how much you’ll spend as a company over the next five years on healthcare expenses?

Maybe you’re at a point where you think there isn’t anything that can be done about the annual inflation of your company’s health insurance costs. You might feel like that’s just the way it is: 8%, 10%, 12% a year. It can be incredibly frustrating. Maybe you barely use the plan, all of your employees are healthy, and yet you still get a 14% increase. Ridiculous.

But even though it may feel like there’s nothing you can do. You actually can turn off that trickle of inflation for your company. And it doesn’t matter if you have five employees in your benefits program, 5,000 employees, or 500,000 for that matter.

There are different strategies opening up to companies that combat this annual inflation for health insurance. Some of these strategies have actually been around a long time but are just not widely known.

And if you don’t work for a big global enterprise like Walmart, Target, or McDonald’s, or have a broker that manages the benefits of corporations like these, there’s a good chance you won’t hear about them.

More recently, however, these strategies have been migrating downstream to smaller companies.

Here, we’ll go through what we call the four steps on the Healthcare Strategy Ladder. You can think of this like a value ladder or stair steps leading you upward. The first two options may already be familiar to you. But steps three and four are where we introduce you to some potential game changers that could make a big difference when it comes to your company’s health insurance costs.

So, you’re probably familiar with our first step, which is a fully-insured health plan. This is where an employer pays a certain amount to the insurance company each month in the form of a premium.

This is the insurance company hedging to protect their business.

The rates you receive with a fully-insured health plan will be based mostly on the pool of risk and the current trend of healthcare. Essentially you’re going to have very little control over your costs going up in the future, as you’re just a part of the big pool.

When you have a fully-insured plan, there’s really no additional risk to you, as you know how much the plan is going to cost each year. However, if you’re a healthy group that doesn’t use it much, you’re going to end up spending money that you don’t get back. In a sense, you’re overpaying for that comfort.

Say, for example, that you have less than 50 employees in your company and you’re in what’s called a community rate pool. If you’re an unhealthy group with lots of expenses, meds, and usage, you’re not going to be penalized because you’re part of this community pool. But if you’re a young and healthy group, you’re going to be penalized for that same reason—because you’re part of a community pool that includes sicker people.

Now, let’s say that your company has over 50 employees, somewhere between 50 and 250 total employees, so you’re in the mid-sized category. Here, there’s a bit of a mix when it comes to determining costs: own demographic usage, trend in marketplace inflation, and community factors. So, you’re still fully-insured and paying a premium every month, but now you’re rated and factors like number of employees and health history can bring down overall costs.

Remember: More people on your plan does not necessarily result in lower costs. An advisor can help you find and implement the best strategy for your company. 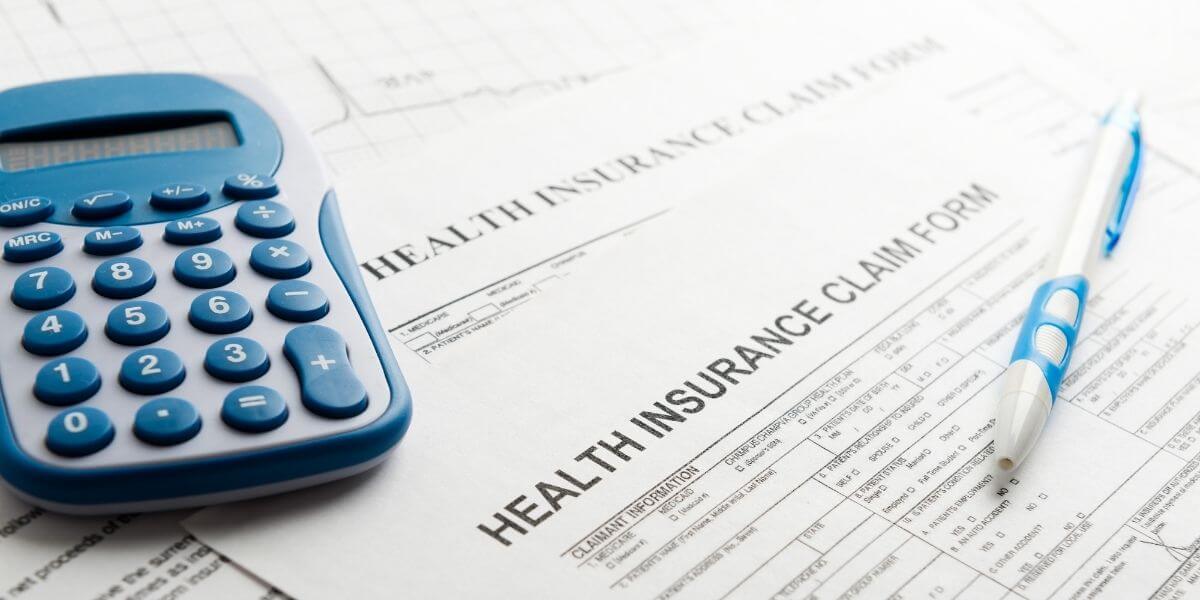 You probably also have some familiarity with our second step, which is a self-insured health plan. This is when an employer pays employee health claims as they occur.

In this case, you’re sharing the risk with the insurance company in exchange for lower costs. And while keeping some of the risk may have you worried about catastrophic claims negatively impacting everyone, there are mechanisms you can layer in to protect against big risk, such as stop-loss insurance.

Say, for example, one of your employees has an unexpected heart attack. Even though you have a self-insured plan, you may not be responsible for 100% of the claim. Stop-loss insurance is a product that self-funded plan employers can purchase to protect against these big claims. Essentially, you’ll be reimbursed for claims that exceed pre-determined levels.

A similar variation of self-funded is a level-funded health plan. Just like with self-funded, you’re not giving all the risk over to the insurance company, and the level-funded just means that the costs you pay for 12 months is level (i.e. a set-rate premium each month).

In a way, level-funded is a baby step from fully-insured because it offers you protection from monthly swings in cost. Now, if you’re a big company with billions of dollars coming in, those monthly fluctuations are probably no big deal. But if you’re a smaller company, monthly swings can cause a lot of worry over whether or not you have the cash flow to cover them.

So, now we’re up to the third step on the ladder and we’ve reached the best stuff. Here, we have what’s called referenced based pricing, which is a cost containment model that caps what your plan pays for its covered services.

If you’re familiar with Medicare, this is essentially what Medicare does.

Note, however, that you won’t be allowed to pay Medicare level rates because legally the government gets the best deal when negotiating contracts. So, with reference based pricing you’ll be paying some percentage above that Medicare-negotiated price.

How Does This Impact What You Pay?

Think about your costs on a group health plan from an employer if you had to call an ambulance for a broken ankle. The plan is getting hit with a six of seven hundred dollar charge and you might end up paying the full amount before your deductible kicks in. With reference based pricing, however, you end up paying dramatically less for services. Additionally, with a lower cost of services, your premium goes down because you’ve dropped the cost. 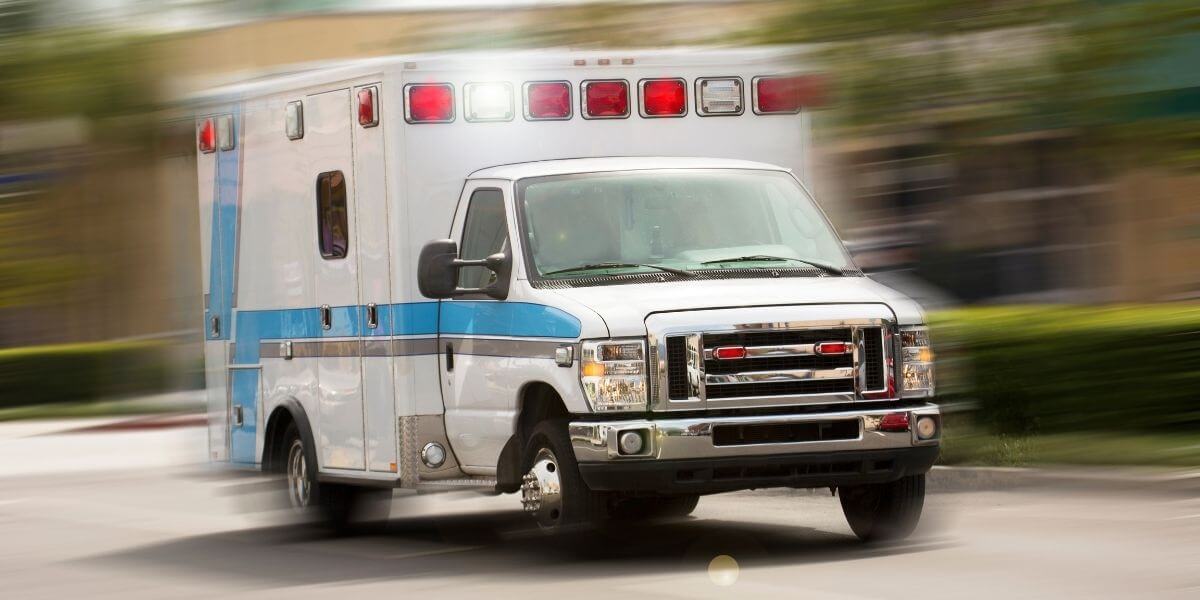 Reference based pricing essentially eliminates the traditional network. Because you’re paying a certain percentage above the Medicare-negotiated price, any provider that accepts Medicare has to accept your plan. And if you don’t already know about Medicare’s prevalence, the Medicare network means you can basically go anywhere.

Now, there may be some tradeoffs with reference based pricing. You may need to go through underwriting and have employees fill out some forms and short questionnaires. But if you’re in a healthy group, the insurance company will look at this and give you a rate based solely on your people, which can make a big difference.

You’ve made it to the fourth and final step. Here we have what is known as consortium. This one may sound strange at first but it’s worth taking a minute to understand. An insurance consortium is a method of group health insurance purchasing that gives you the ability to join an existing pool of employees from around the country.

So, in other words, a consortium allows you to join a larger risk pool beyond that of your fellow employees. This larger group is then able to pool their risk for greater leverage when negotiating policies.

Now, keep in mind that a consortium is not an association-based group. This is simply a pool of people that have been deemed a fair risk and received approval through a census file. While reference based pricing requires that you complete some form of questionnaire, a consortium based plan is simply looking at census data: name, gender, date of birth, and home zip code.

That’s all they need. It’s that simple.

From there they can give you rates based on their modeling. With a consortium-based plan, you can design the plan you want and pick your network. And while reference based pricing and consortium might sound like new concepts, big companies have been using them to great effect for years.

So, there you have the four steps up the ladder of healthcare strategies: fully-insured, self-insured, reference based pricing, and consortium.

Wherever your company is at right now, remember that things can’t change unless you see what’s available and seek out advice. The answer might end up being that you’ve got a pretty good deal at the moment and there’s not much room for improvement. But you’ll feel a lot better knowing that you checked and that you’re doing the best you can.

But think of when you go to buy a car, for example. You might spend several days going to all the dealerships, getting quotes and rates. And here let’s say the car is $32,000. Whereas on your health plan you might be spending $720,000 a year, yet you’re unwilling to conduct an analysis or get a second opinion. 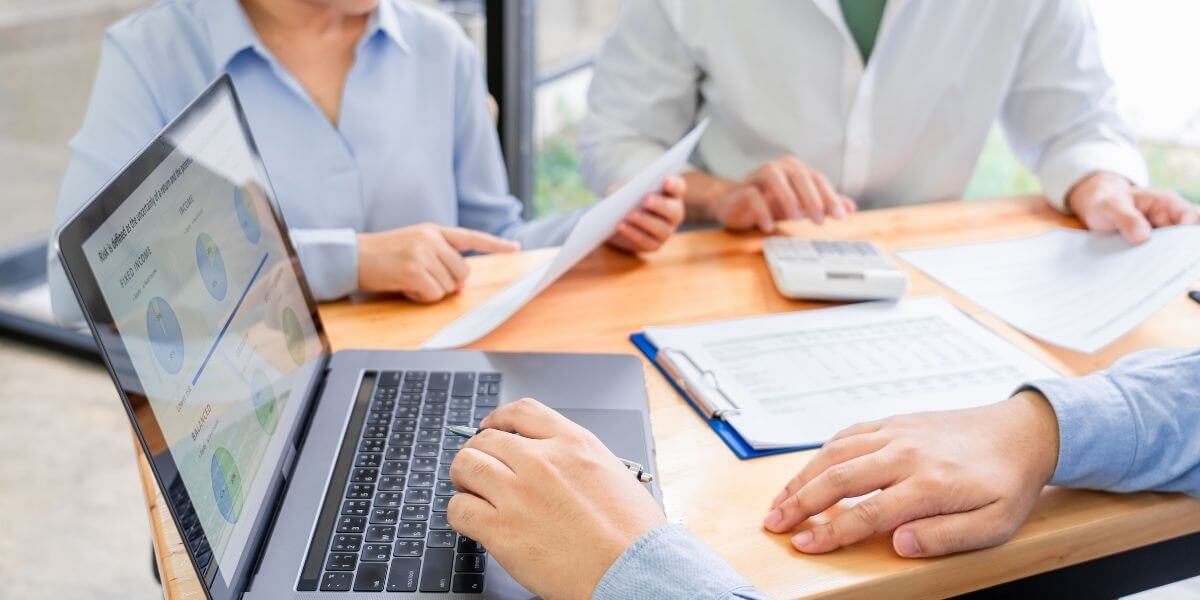 If you have a self-funded plan, remember that you have a fiduciary responsibility managing that money just as you do with your 401(k). In other words, you have an obligation to act in the best interest of your employees.

Try considering it like this. Think about if someone were to check your analysis from a fiduciary standpoint and asked to see your work. You wouldn’t want to be caught saying, “I don’t know. I just use the guy from Hancock that I’ve known since high school.”

That’s never the position you want to be in as a business owner or executive. Instead, you want to be able to say that you looked at it objectively, analyzed your options, sought cost analysis and second opinions, and took your responsibility seriously.

If you’re a Business Owner, CFO, or HR Professional that views your employees as assets and investments…

Get Your FREE Cost Analysis